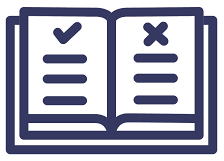 The National Information Technology Development (NITDA) has said that, a new policy that will drive software development and boost local software application in the country will be signed into law this year. Director-General, NITDA, Prof. Cleopas Angaye, who spoke on the new development, told THISDAY that the agency had already developed a new national software policy that would guide the development and promotion of “Software Nigeria” in order to diversify the Nigerian economy from a monoeconomy that is mainly based on oil and, to knowledge-based economy that could provide alternative source of revenue for the country.

The software policy, which according to Angaye, had already been developed and the document submitted to the Ministry of Communications Technology and the Federal Executive Council, is awaiting their approvals. He said the software policy would be publicly launched as soon approval is given. He was however optimistic that the policy will get the approval of government, owing to the amount of work put in place, as well as the importance of software development of any nation. Angaye explained that several initiatives were put together, in ensuring a virile software sector that would drive the deployment Information Technology (IT) in various sectors of the Nigerian economy and make the country a destination hub for software development in Africa. NITDA had in 2011, assembled a crop of software experts and commissioned them to develop a national software policy for the country.

The committee, which had Dr. Chris Uwaje, as member, had held several forums in Lagos and Abuja, where it called for inputs from stakeholders, and had almost completed its assignment, before the Ministry of Communications Technology, announced the harmonisation of all Information and Communications Technology (ICT) policies in the country, into a single, strong and robust ICT policy for Nigeria. Although the planned harmonised ICT policy would have slowed the pace of the planned national software policy, but Angaye’s fresh clarification on the new software policy, raises hope that Nigeria will soon get a new software policy, irrespective of the planned harmonised ICT policy for the country.